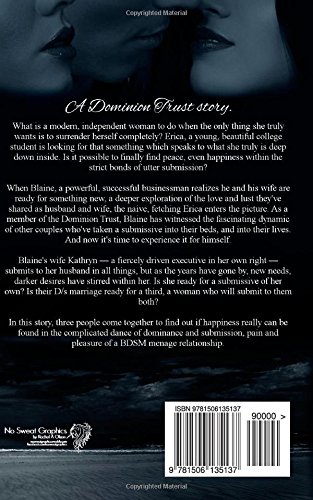 Injustice is not invincible. A spirituality which forgets God as all-powerful and Creator is not acceptable. That is how we end up worshipping earthly powers, or ourselves usurping the place of God, even to the point of claiming an unlimited right to trample his creation underfoot. The best way to restore men and women to their rightful place, putting an end to their claim to absolute dominion over the earth, is to speak once more of the figure of a Father who creates and who alone owns the world. Otherwise, human beings will always try to impose their own laws and interests on reality.

Nature is usually seen as a system which can be studied, understood and controlled, whereas creation can only be understood as a gift from the outstretched hand of the Father of all, and as a reality illuminated by the love which calls us together into universal communion.

This tells us that the world came about as the result of a decision, not from chaos or chance, and this exalts it all the more. The creating word expresses a free choice. The universe did not emerge as the result of arbitrary omnipotence, a show of force or a desire for self-assertion.

Creation is of the order of love. Even the fleeting life of the least of beings is the object of his love, and in its few seconds of existence, God enfolds it with his affection. At the same time, Judaeo-Christian thought demythologized nature. While continuing to admire its grandeur and immensity, it no longer saw nature as divine. In doing so, it emphasizes all the more our human responsibility for nature. This rediscovery of nature can never be at the cost of the freedom and responsibility of human beings who, as part of the world, have the duty to cultivate their abilities in order to protect it and develop its potential.

If we acknowledge the value and the fragility of nature and, at the same time, our God-given abilities, we can finally leave behind the modern myth of unlimited material progress. A fragile world, entrusted by God to human care, challenges us to devise intelligent ways of directing, developing and limiting our power.

In this universe, shaped by open and intercommunicating systems, we can discern countless forms of relationship and participation. Faith allows us to interpret the meaning and the mysterious beauty of what is unfolding. We are free to apply our intelligence towards things evolving positively, or towards adding new ills, new causes of suffering and real setbacks. This is what makes for the excitement and drama of human history, in which freedom, growth, salvation and love can blossom, or lead towards decadence and mutual destruction.

Yet God, who wishes to work with us and who counts on our cooperation, can also bring good out of the evil we have done. Human beings, even if we postulate a process of evolution, also possess a uniqueness which cannot be fully explained by the evolution of other open systems.


Each of us has his or her own personal identity and is capable of entering into dialogue with others and with God himself. Our capacity to reason, to develop arguments, to be inventive, to interpret reality and to create art, along with other not yet discovered capacities, are signs of a uniqueness which transcends the spheres of physics and biology. The biblical accounts of creation invite us to see each human being as a subject who can never be reduced to the status of an object.

Yet it would also be mistaken to view other living beings as mere objects subjected to arbitrary human domination. When nature is viewed solely as a source of profit and gain, this has serious consequences for society. Completely at odds with this model are the ideals of harmony, justice, fraternity and peace as proposed by Jesus. The ultimate destiny of the universe is in the fullness of God, which has already been attained by the risen Christ, the measure of the maturity of all things. The ultimate purpose of other creatures is not to be found in us.

Rather, all creatures are moving forward with us and through us towards a common point of arrival, which is God, in that transcendent fullness where the risen Christ embraces and illumines all things. Human beings, endowed with intelligence and love, and drawn by the fullness of Christ, are called to lead all creatures back to their Creator.


Our insistence that each human being is an image of God should not make us overlook the fact that each creature has its own purpose. None is superfluous. Soil, water, mountains: everything is, as it were, a caress of God. The history of our friendship with God is always linked to particular places which take on an intensely personal meaning; we all remember places, and revisiting those memories does us much good.

Anyone who has grown up in the hills or used to sit by the spring to drink, or played outdoors in the neighbourhood square; going back to these places is a chance to recover something of their true selves. The universe as a whole, in all its manifold relationships, shows forth the inexhaustible riches of God. The sun and the moon, the cedar and the little flower, the eagle and the sparrow: the spectacle of their countless diversities and inequalities tells us that no creature is self-sufficient.

When we can see God reflected in all that exists, our hearts are moved to praise the Lord for all his creatures and to worship him in union with them. This sentiment finds magnificent expression in the hymn of Saint Francis of Assisi:. Praised be you, my Lord, with all your creatures, especially Sir Brother Sun, who is the day and through whom you give us light.

And he is beautiful and radiant with great splendour; and bears a likeness of you, Most High. Praised be you, my Lord, through Sister Moon and the stars, in heaven you formed them clear and precious and beautiful. Praised be you, my Lord, through Brother Wind, and through the air, cloudy and serene, and every kind of weather through whom you give sustenance to your creatures.

WARNING! THE CURE TO YOUR WORRIES AND DOUBTS by Joyce Meyer (Must Watch)

Praised be you, my Lord, through Sister Water, who is very useful and humble and precious and chaste. The bishops of Brazil have pointed out that nature as a whole not only manifests God but is also a locus of his presence. The Spirit of life dwells in every living creature and calls us to enter into relationship with him. Otherwise, we would not be doing the creatures themselves any good either, for we would be failing to acknowledge their right and proper place.

We would end up unduly demanding of them something which they, in their smallness, cannot give us. This is the basis of our conviction that, as part of the universe, called into being by one Father, all of us are linked by unseen bonds and together form a kind of universal family, a sublime communion which fills us with a sacred, affectionate and humble respect.

This is not to put all living beings on the same level nor to deprive human beings of their unique worth and the tremendous responsibility it entails. Nor does it imply a divinization of the earth which would prevent us from working on it and protecting it in its fragility. Such notions would end up creating new imbalances which would deflect us from the reality which challenges us. Certainly, we should be concerned lest other living beings be treated irresponsibly.

But we should be particularly indignant at the enormous inequalities in our midst, whereby we continue to tolerate some considering themselves more worthy than others. We fail to see that some are mired in desperate and degrading poverty, with no way out, while others have not the faintest idea of what to do with their possessions, vainly showing off their supposed superiority and leaving behind them so much waste which, if it were the case everywhere, would destroy the planet.

In practice, we continue to tolerate that some consider themselves more human than others, as if they had been born with greater rights. A sense of deep communion with the rest of nature cannot be real if our hearts lack tenderness, compassion and concern for our fellow human beings. It is clearly inconsistent to combat trafficking in endangered species while remaining completely indifferent to human trafficking, unconcerned about the poor, or undertaking to destroy another human being deemed unwanted.

This compromises the very meaning of our struggle for the sake of the environment. Everything is connected. Concern for the environment thus needs to be joined to a sincere love for our fellow human beings and an unwavering commitment to resolving the problems of society. Moreover, when our hearts are authentically open to universal communion, this sense of fraternity excludes nothing and no one.

It follows that our indifference or cruelty towards fellow creatures of this world sooner or later affects the treatment we mete out to other human beings. We have only one heart, and the same wretchedness which leads us to mistreat an animal will not be long in showing itself in our relationships with other people.

Whether believers or not, we are agreed today that the earth is essentially a shared inheritance, whose fruits are meant to benefit everyone. For believers, this becomes a question of fidelity to the Creator, since God created the world for everyone. Hence every ecological approach needs to incorporate a social perspective which takes into account the fundamental rights of the poor and the underprivileged.

This right must be guaranteed so that its exercise is not illusory but real. The natural environment is a collective good, the patrimony of all humanity and the responsibility of everyone.


If we make something our own, it is only to administer it for the good of all. If we do not, we burden our consciences with the weight of having denied the existence of others.